Please ensure Javascript is enabled for purposes of website accessibility

The South New Berlin Water District was originally constructed in 1897. Improvements to water mains, drilling of a new well, and addition of new pumping and treatment equipment occurred in the mid – 1990s. The District generally serves areas in and around the hamlet of South New Berlin. This includes areas of the Town of New Berlin in Chenango County and the Towns of Morris and Butternuts in Otsego County. 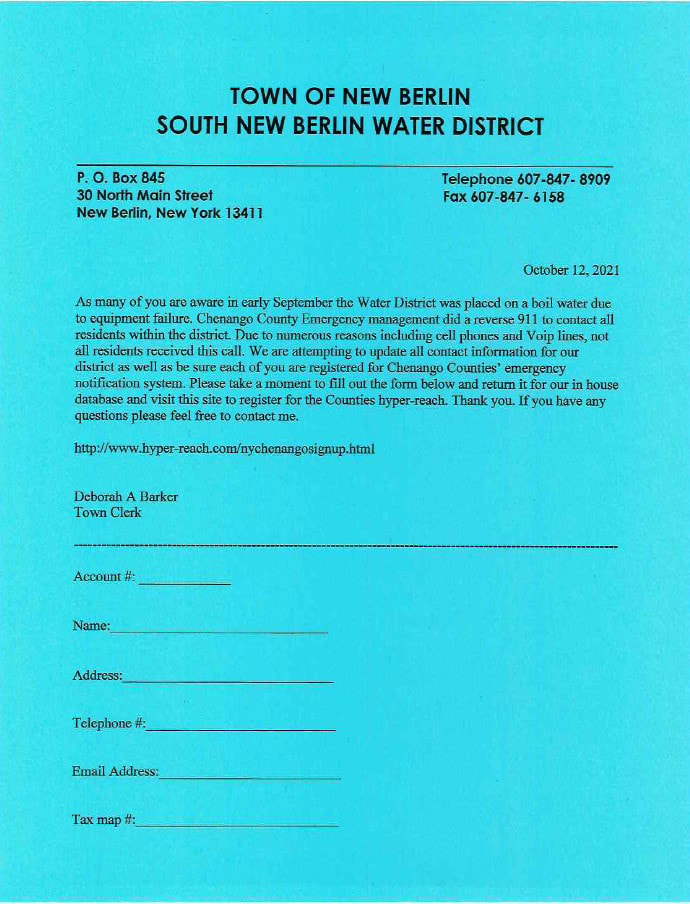